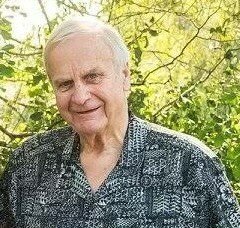 Please share a memory of Grant to include in a keepsake book for family and friends.
View Tribute Book

After a heroic battle with cancer, on Monday, June 20th, 2022, Grant Harvey Manning of Ilderton in his 80th year.  Dad battled cancer as he did life, with strength, endurance, and dignity.

Grant loved all things cars! An enthusiastic race fan he could be seen in his younger years driving car number 66 at Delaware and Nilestown Raceway. In later years he worked on the next two generations of Manning cars. He loved to rebuild old cars and join other old car enthusiasts at “Cruise events” and swap meets.

Family will receive friends at the Elliott-Madill Funeral Home, 22424 Adelaide Road, Mount Brydges on Tuesday, June 28th from 2-4 and 7-9pm where a private Celebration of Grant’s life will be held on Wednesday, June 29.

The family wish to thank everyone who helped to make Dad’s life all that it was! Thank you to Dad’s friends and to the medical staff who provided so much support through his final days.  www.elliottmadill.com

A Memorial Tree was planted for Grant
We are deeply sorry for your loss ~ the staff at Elliott-Madill Funeral Home Ltd.
Join in honoring their life - plant a memorial tree
Online Memory & Photo Sharing Event
Online Event
About this Event

Share Your Memory of
Grant
Upload Your Memory View All Memories
Be the first to upload a memory!
Share A Memory
Plant a Tree