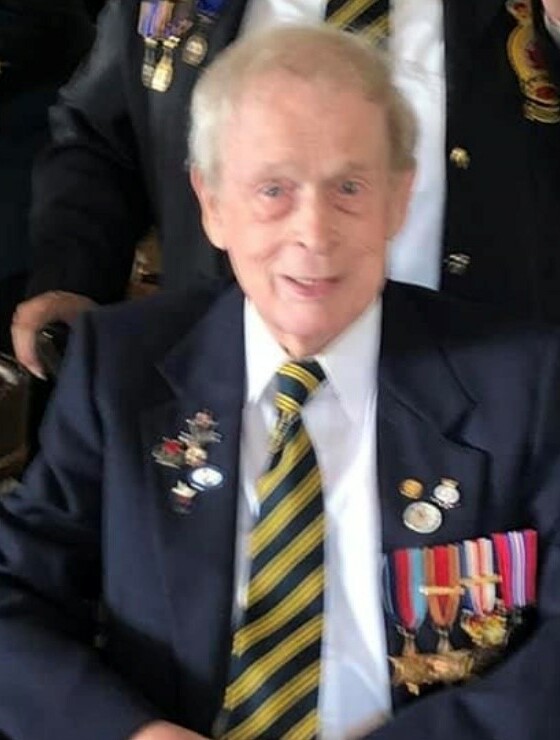 Please share a memory of Eddie to include in a keepsake book for family and friends.
View Tribute Book

Eddie proudly served his country with the British Royal Navy.  He was an avid musician/entertainer, author and poet.  He wrote a book titled Tears Before Bedtime in his 90’s.  Eddie was an active member of the Royal Canadian Legion, Branch 598, Delaware, where he will be greatly missed.

Special thanks to Erica Szabo, Steve, Mary Ireland from The Davis Manor, and the staff at Parkwood for their care and compassion shown to Eddie.

As per his wishes cremation has taken place.  A Celebration of Eddie’s life will be held at the Delaware Legion at a later date.  Donations to the Royal Canadian Legion, Branch 598, Delaware, 11577 Longwoods Rd, Delaware, ON N0L 1E0, gratefully acknowledged.  Elliott-Madill Funeral Home entrusted with arrangements.

A Memorial Tree was planted for Eddie
We are deeply sorry for your loss ~ the staff at Elliott-Madill Funeral Home Ltd.
Join in honoring their life - plant a memorial tree
Online Memory & Photo Sharing Event
Online Event
About this Event

Share Your Memory of
Eddie
Upload Your Memory View All Memories
Be the first to upload a memory!
Share A Memory
Plant a Tree