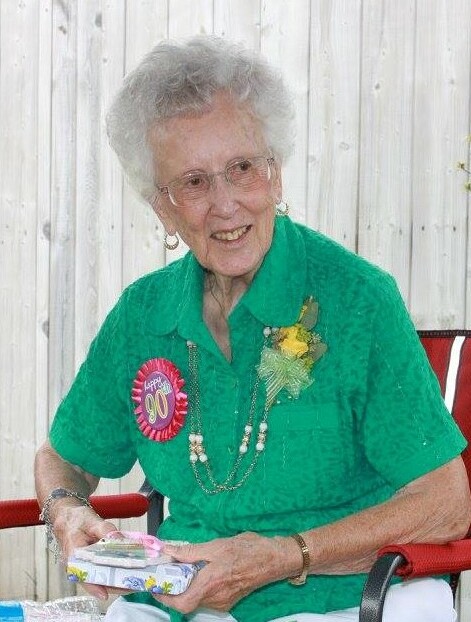 Please share a memory of Mary to include in a keepsake book for family and friends.
View Tribute Book

Peacefully, Mary Christena Lewis of Strathroy passed away at St. Joseph's Hospice of London on November, 26th 2021 in her 95th year.

Daughter of the late Gordon & Margaret (Scott) Guest and daughter-in-law of the late John L and Elverta (Orr) Lewis.

Expressions of sympathy my be made to "The War Amps" or to the Westmount Christian Reformed Church.

Funeral Service will be held at the Westmount Christian Reformed Church, 405 Drury Lane, Strathroy on Saturday, December 4th, 2021 at 11:00 am with visitation 1 hour prior.

Covid protocols are to be followed, with masks and social distancing.

A Memorial Tree was planted for Mary
We are deeply sorry for your loss ~ the staff at Elliott-Madill Funeral Home Ltd.
Join in honoring their life - plant a memorial tree
Online Memory & Photo Sharing Event
Online Event
About this Event

Share Your Memory of
Mary
Upload Your Memory View All Memories
Be the first to upload a memory!
Share A Memory
Plant a Tree