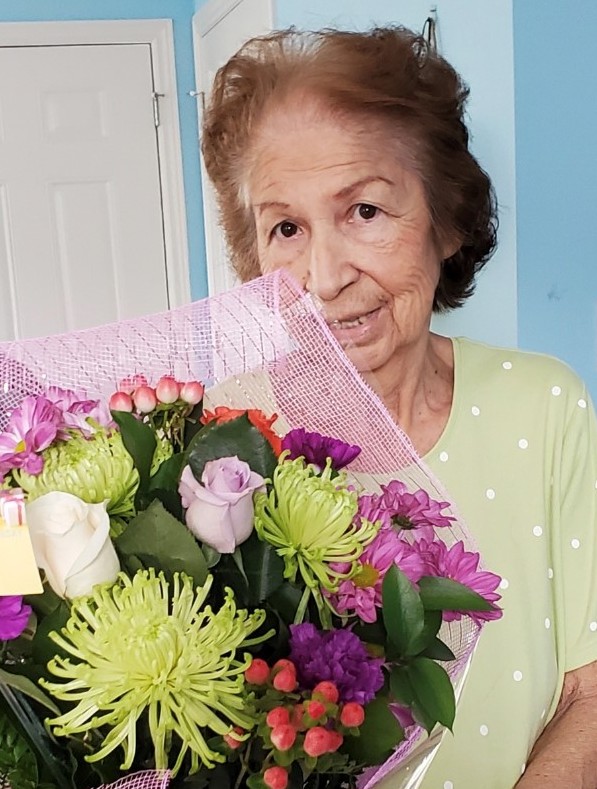 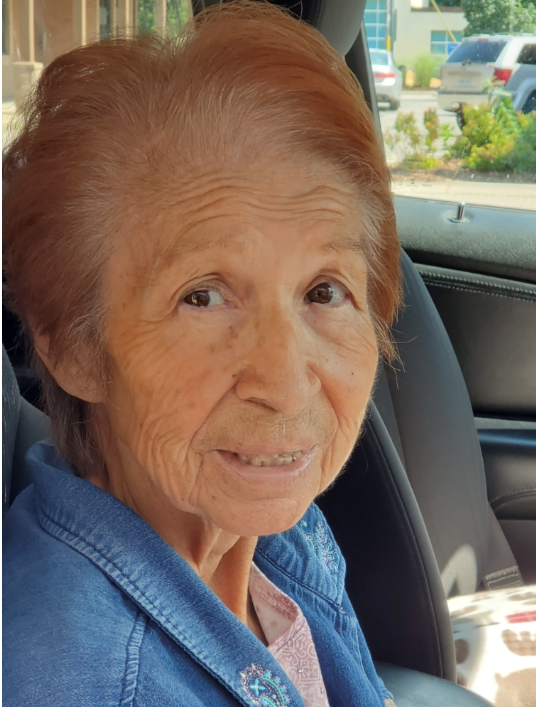 Please share a memory of Alberta to include in a keepsake book for family and friends.
View Tribute Book

Peacefully with her loving family by her side at the Strathroy Middlesex General Hospital on Saturday, August 14th, 2021. Alberta Williamette Riley (nee Simon) of Chippewa of The Thames 1st Nation in her 75th year. Beloved wife of 55 years to Gilbert Riley. Loving mother of Sherri (Frank), Shelli (James) (Todd I), Predeceased by son Todd (feb 2017). Also predeceased by grandchildren Scott (2006), Kenny (1996), Sierra (2003), Cherrish (1993) and sadly missed by daughter-in-law Annette, and sister-in-law Audrey and Heather. Loving grandmother of Amber, Candace, Mason, Nathan, Skloud “Like a son”, and great grandchildren Mariah, Christina, Nevaeh, Lynn, Damen, Aiyanna, Ocieania, Hannah, Taitiana, Bamokikwa, Gary, Kana, Shyanna, Ryan and survived by brothers Albert Simon (Shirley), and Hubert Simon. Predeceased by her parents Vera Simon (1983) & Sylvester Simon (1997) and predeceased by siblings Edna, Leslie, Sandra, Robert, Garnet, and Janice. Aunt of many nieces and nephews. Remembered by Lifelong friend and neighbour Maxine Hendrick. Special thanks to Rev. Canon Gaye Whippey and the Elliott-Madill Funeral Home for their care of arrangements. Friends will be received by the family at the Elliott-Madill Funeral Home , Mount Brydges on Monday August 16th from 7pm to 9pm where a Private family funeral service will be held on Tuesday from the funeral home commencing at 11am. Covid protocols are to be followed. Masks and social distancing are mandatory. A public Interment will take place at the St. Johns Cemetery Chippewa of The Thames 1st Nation following the service.

A Memorial Tree was planted for Alberta
We are deeply sorry for your loss ~ the staff at Elliott-Madill Funeral Home Ltd.
Join in honoring their life - plant a memorial tree
Online Memory & Photo Sharing Event
Online Event
About this Event

Share Your Memory of
Alberta
Upload Your Memory View All Memories
Be the first to upload a memory!
Share A Memory
Plant a Tree