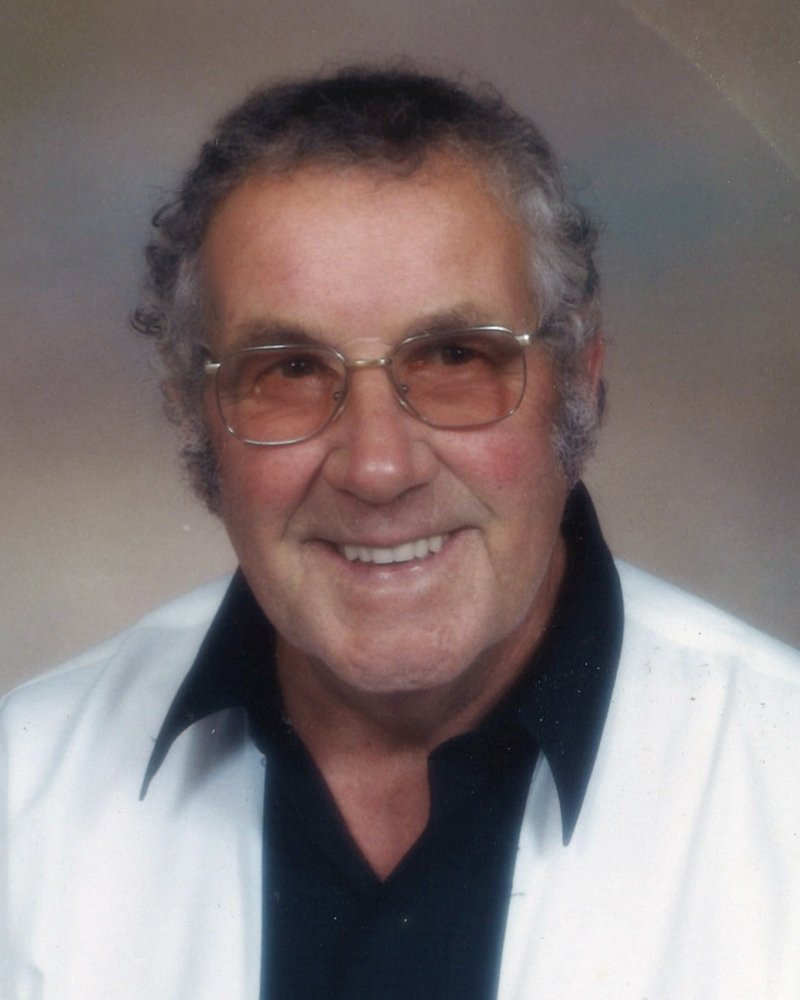 Please share a memory of John Richard to include in a keepsake book for family and friends.
View Tribute Book

John (Jan) Hoogstra of Strathroy, passed away peacefully at the Strathroy Middlesex General Hospital on Tuesday, April 13, 2021 at the age of 84. John was born in Winsum, Netherlands (Groningen) on September 27, 1936, to the late Ritske and Elziena Hoogstra.

John immigrated to Canada at the age of 14 where, like many young Dutch immigrants his age, he began working to support a new life in Canada. On August 22, 1958, he married his sweetheart, Ina (Speelman) Hoogstra and by God's grace, they recently celebrated 62 years of marriage together.

John and Ina raised five sons together, Richard (d. 2009), Pete, Mark, Jeff (d. 2018), and Jonathan. John´s sons were his pride and joy. John and Ina also served as a foster home with the Children’s Aid Society and offered their home, love, and parenting to more than 30 foster children.

John labored at traditional farming over the years as well as factory and construction work. He also invested and engaged with business activities with his children. He often traveled with his wife into the USA and took his children for family camping trips around Ontario as well as trips to Boblo Island. He also went overseas to Holland, Portugal, Spain, Morocco, Israel, Hong Kong, Mainland China, Hawaii & Dominica Republic.

John was an avid reader, his encyclopedia collection was always close at hand. Despite his hunger for knowledge he enjoyed fiction as well. John also enjoyed music and square danced with his sweetheart well into his late 70´s. John enjoyed camping and long walks & long bike rides with his wife.

Perhaps the most notable characteristic John possessed was his sense of humour. John was always entertaining to his siblings and identified & engaged with the younger generations/his children´s friends etc. He adding enthusiasm wherever he was, made John a colourful, unique and memorable soul.

John´s passion for life was powerfully observable in his final days. From his final morning walk (of several kilometers - the day before his month of hospitalization), to his time in care. In the hospital, his speaking was mostly not understandable, and his movement was severely limited. Nonetheless, he had bouts of improvement and managed to convey love & joy by speaking, singing, & smiling. He was even able to humour the nurses by teasing them. The resilience he expressed in his final days captured his essence.

Peter & Mary Hoogstra and their children and grandchildren,

Mark Hoogstra and his child

Jon & Gabriella Hoogstra and their children,

He was also the dear brother of –

John was also loved by Ina’s many Speelman siblings and will be lovingly remembered by nieces, nephews, cousins, as well as friends he made over the years. His will be missed by the church family of Westmount Christian Reformed Church where he was a long-time member.

A Memorial Tree was planted for John Richard
We are deeply sorry for your loss ~ the staff at Elliott-Madill Funeral Home Ltd.
Join in honoring their life - plant a memorial tree

Share Your Memory of
John Richard
Upload Your Memory View All Memories
Be the first to upload a memory!
Share A Memory
Plant a Tree